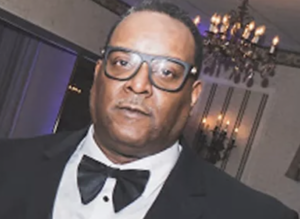 Anthony Ways always insisted he was innocent — before he was arrested at age 19 for a 1989 murder, as officers hauled him to prison, and for the subsequent 14 years he remained incarcerated.

“Nobody listened to me,” said Ways, of Camden. “I’m saying I’m innocent. Obviously, that’s not enough. But there are no ‘innocents’ in law. Once the jury finds you guilty, you can’t claim innocence no more. Innocent people get locked in without no way to get out of penitentiary.”

So Ways, who was kicked out of high school in 11th grade, got busy behind bars.

“I studied law. I sort of became a lawyer,” he said.

He wrote his own appeals, hired his own private investigators, and eventually, got his conviction overturned when another man confessed to the crime.

He would like others to avoid his struggle. Since his 2004 release, he has advocated for the wrongfully convicted and now is championing two initiatives that would help people fighting to prove their innocence. He serves on an advisory committee for an in-the-works innocence project at Rutgers University and has advocated for legislation that would create a state commission to study the issue.

“It’s very necessary,” said Ways, now 52. “Just a clean pair of eyes looking at it will serve us well to correct the wrongs that do occur in the system. Being a Black man in this country, the flaws in it are clear. We need to figure out how can we address those flaws and still have a fair system.”

New Jersey already does this work, on some fronts.

The Office of the Attorney General in April 2019 launched a Conviction Review Unit, headed by retired Family Court Judge Carolyn Murray, to examine claims of innocence by people convicted of felonies in New Jersey.

And Centurion is a national nonprofit based in Princeton that claims to be the world’s first organization wholly dedicated to vindicating innocent people who have been wrongfully convicted. Since 1983, it has freed 67 people who were serving life or death sentences for crimes they didn’t commit.

But those who work in the field say much remains to be done.

“Any efforts towards addressing wrongful convictions are really important,” said Kimberlee Moran, who teaches at Rutgers University-Camden and is director of forensics at the school.

But it’s critically important to the people whose lives are derailed by wrongful convictions, she added.

A 2011 investigation by Mother Jones and the New York-based Innocence Project determined about 1% of all people in U.S. prisons are falsely convicted.

“That seems like a very small percentage, but when you actually look at the numbers behind that, you’re talking about a lot of people,” Moran said.

With about 12,500 people in New Jersey prisons, that 1% represents 125 people. Nationally, close to 2 million people are incarcerated, according to the Prison Policy Initiative, so if 1% are innocent, that’s 20,000 people.

Wrongful convictions happen for all sorts of reasons, with faulty eyewitness testimony being a leading cause, Moran said.

Police or prosecutorial misconduct also can lead to wrongful convictions, and faulty forensics can contribute, she added.

Those three problems drive the most wrongful convictions, according to the National Registry of Exonerations, a three-university project that maps exonerations in the U.S. by cause, state, demographics, and more. In New Jersey, the registry has tallied 44 exonerations since 1989.

A commission to recommend reforms

Under a bill he introduced in February, a New Jersey Innocence Study and Review Commission also would examine whether people receive adequate reentry services and enough restitution for wrongful convictions (New Jersey pays people who were wrongfully convicted $50,000 per year of incarceration). And it could recommend a permanent panel to review claims of wrongful conviction.

Pennacchio has introduced his bill in three prior legislative sessions, and while the full Senate has passed it twice, the Assembly has consistently failed to act. He introduced it again in February.

“I’m fiercely conservative when it comes to law and order. I want to make sure that you put the bad guys away,” Pennacchio said. “But you know, if you’re putting the good guy instead of the bad guy away, the bad guy is still out there. That, and the fact that somebody could be falsely convicted, to me is abhorrent.”

Under the bill, nine people would serve on the commission, which would be helmed by a retired judge appointed by the governor. It also would include representatives from the Attorney General’s Office, Office of the Public Defender, and County Prosecutors Association of New Jersey.

It would be tasked with reporting its findings and recommendations to lawmakers within 18 months.

There are no ‘innocents’ in law. Once the jury finds you guilty, you can’t claim innocence no more. Innocent people get locked in without no way to get out of penitentiary.

But he urged lawmakers to look at ways to prevent wrongful convictions in the first place.

Police are tasked with giving evidence to prosecutors, who then have a duty, by law, to provide exculpatory evidence to the defense. But often, every tidbit of information gathered in an investigation doesn’t make it to the defense, Casteleiro said. New Jersey could, like Texas does, require an officer to certify that everything has been handed over, he added.

Casteleiro also suggested lawmakers remove procedural bars that prevent prisoners from getting into court to litigate their cases, such as rules prohibiting successive petitions or a federal requirement that conviction challengers frame their objections as a constitutional issue.

“Sometimes you don’t have a constitutional violation other than that ‘I’m innocent,’” he said.

“They’re keeping innocent people in jail, on what essentially are technicalities, things that have nothing to do with the merits of the case,” Casteleiro said. “You ask the prosecutor for records, and they just tell you to go fly a kite. It’s insane, and it keeps people in jail.”

At Rutgers University, Moran expects an innocence project launched last year there will begin assessing cases this fall, when a director is in place to develop a screening process for cases, fundraise, and more.

The project brings together professors in criminal justice, forensics, and social work to help people in all stages of their fight for freedom, from their initial bid for help to figuring out reentry needs, Moran said. Rutgers students will assist with case investigations.

Moran and others involved in the Rutgers project have worked hand in hand with the state’s conviction review unit. Still, she regards an independent effort to review innocence claims as a crucial piece of the puzzle.

“Internal review is always super important,” she said. “But having an independent voice really is going to provide a fuller picture of what some of the issues and causes may be.”

An earlier version of this story should have said the National Registry of Exonerations is a project of three universities.

GET THE MORNING HEADLINES DELIVERED TO YOUR INBOX