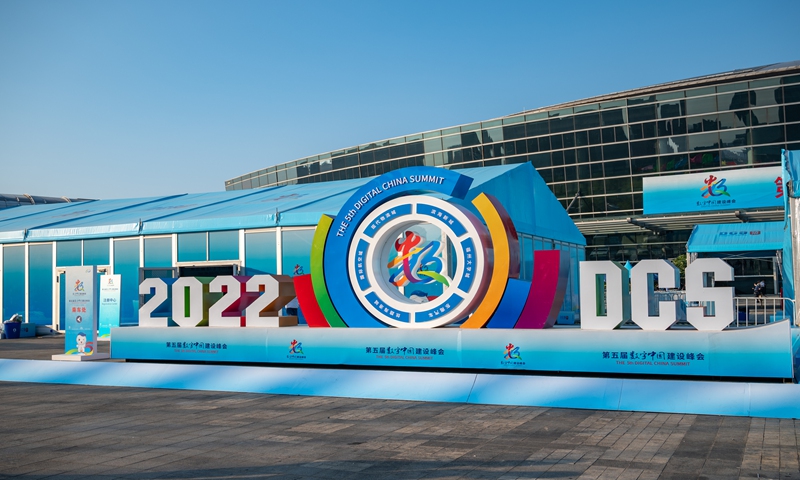 China’s efforts to accelerate digital transformation comes at a crucial time when the world is facing rising challenges, and those who can govern core technologies and their broad application will be better able to secure their supply chains, experts and industry insiders said on the sideline of the 5th Digital China Summit on Sunday.

Hosted in East China’s Fujian province, a manufacturing and trade hub in southeastern China, the two-day summit, from Saturday to Sunday, showcased the latest achievements in digitalization in China. Self-developed products took center stage, as the nation strives to secure high-quality and sustainable economic development, and the broad application of proprietary technologies is viewed as the key to making this a reality.

Huang called on local governments and enterprises to seize new opportunities, deal with new challenges, and create new advantages through a wave of digital development.

A report by the Cyberspace Administration of China showed that China has been a frontrunner in emerging technologies such as artificial intelligence and cloud computing, and is the second-largest digital economy in the world.

China has built the world’s largest and most technologically advanced network infrastructure, and in 2021 the country churned out 6.6 zettabytes (ZB) of data, the second largest in the world and accounting for 9.9 percent of the world’s total.

Driven by the trend, the event in Fuzhou displayed some notable achievements with nearly 500 exhibitors showcasing their new achievements in digital technology, most of them being self-developed technologies.

Among the participating companies, ZTE showcased many cutting-edge high-tech, including the company’s key future-oriented operating system OS, which has shipped over 250 million sets and is widely used in more than 160 countries and regions in the world.

Another key breakthrough that the company displayed at the event are the self-developed distributed database systems and its extensive applications, including in the financial sector, an area that has become increasingly focused on data security.

“The database market had long been dominated by a few foreign players, especially in the financial industry in the past decades… but it is very important for domestic financial institutions to always grasp their core data,” the representative said. “ZTE has been doing it from a very early stage, and now our database services have achieved full self-reliance, with independent research and development capabilities.”

A manager with the company surnamed Chen told the Global Times that the company’s attention to keeping self-dependent technology has given it and its partners a major advantage in dealing with international clients.

In 2005, the company noticed the potential for lithium battery testing, but new energy vehicles were not widely available in the market as they are today, and they offered battery testing services for mobile phones and laptops.

Currently, Nebula is providing testing services for a wide range of brands, Chen said, noting that their indirect partners include Apple and Tesla.

While this has been a very tough year due to the pandemic, semiconductor companies have lost ground by varying degrees, according to media reports.

Si Da, Vice President and Chief Brand Officer of globally leading panel display company BOE Technology Group, told the Global Times on Saturday that the company has been able to grow despite the challenges, and now Chinese technology companies are more competitive in the global arena.

As one of the world’s largest makers of LCDs, OLEDs and flexible displays, the company showcased its latest 8K ultra-high-definition screen, together with many other advanced self-developed technologies and devices, at the event.

“Many Chinese technology products have fully reached a world leading level – what they do is lead the high standard of technology instead of being a follower,” Si said, noting that BOE regards self-dependence as a key capability for sustainable growth.